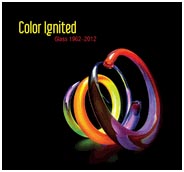 This year is the 50th anniversary of the start of the Studio Glass Movement, which started in Toledo in 1962.  The Toledo Museum of Art and the city of Toledo just finished up hosting the 2012 Glass Arts Society Conference, and it was an incredible week!

To coincide with the conference the museum has reinstalled its Glass Pavilion galleries and opened the exhibition Color Ignited: Glass 1962-2012.  “The exhibition focuses on the role of color—from the conceptual to the political to the metaphoric—in artistic expression. More than 80 objects from private collections, galleries, other museums and TMA’s own collection are shown, including works by Littleton, Dominick Labino, Marvin Lipofsky, Dale Chihuly, Dan Dailey, Judith Schaechter, Ginny Ruffner, Fritz Driesbach and Klaus Moje.” The show has opened in TMA’s brand new Wolfe Gallery for Contemporary Art, a beautiful new space, and will be open until September 9. Click here to find out more about the exhibition. 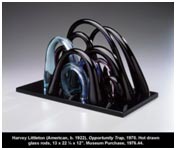 Also, in the Ohio Valley, the Huntington Museum of Art has a focused exhibition on the father of the Studio Glass Movement, Harvey Littleton.

Harvey Littleton: Celebrating the 50th Anniversary of the Glass Studio Movement is on view through November 18. 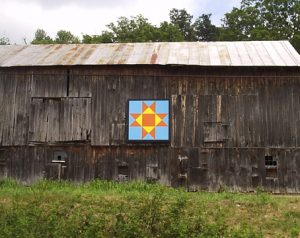 Swallow Press/Ohio University Press announced one of its newest publications, Barn Quilts and the American Quilt Trail Movement by Suzi Parron with Donna Sue Groves.  From the website:

The story of the American Quilt Trail, featuring the colorful patterns of quilt squares painted large on barns throughout North America, is the story of one of the fastest-growing grassroots public arts movements in the United States and Canada. In Barn Quilts and the American Quilt Trail Movement Suzi Parron takes us to twenty-five states as well as Canada to visit the people and places that have put this movement on America’s tourist and folk art map.

Through dozens of interviews with barn quilt artists, community members, and barn owners, Parron documents a journey that began in 2001 with the founder of the movement, Donna Sue Groves. Groves’s desire to honor her mother with a quilt square painted on their barn became a group effort that eventually grew into a county-wide project. Today, quilt squares form a long imaginary clothesline, appearing on more than three thousand barns scattered along 120 driving trails.

Visit the Swallow Press/Ohio University Press website for more information on this book.

The Mary R. Schiff Library & Archives at the Cincinnati Art Museum will be having an art book sale on May 4 through 6.

The Mary R. Schiff Library & Archives at the Cincinnati Art Museum will be having an art book sale on May 4 through 6.

Designers, librarians and architects!  Which books have had the greatest impact on you? Join the conversation!  http://glasshouseconversations.org/

“The Glass House Conversations is an online public dialogue moderated by leaders from across the creative disciplines of architecture, art, design, landscape architecture and preservation, inspired by the Philip Johnson Glass House of New Canaan, Connecticut, USA.”

This conversation is hosted by Designers and Books

Designers & Books is devoted to publishing lists of books that esteemed members of the design community identify as personally important, meaningful, and formative—books that have shaped their values, their worldview, and their ideas about design. — About Designers and Books

Check out the books that have inspired designers.

The Oldest Books in the University of Louisville  Art Library 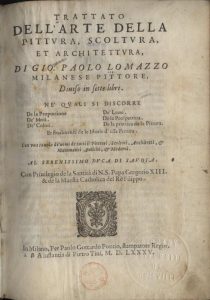 It was published in 1585 in Milan by Paolo Gottardo Pontio, Stampatore Regio, a Instantia di Pietro Tini.

Giovanni Lomazzo’s book roughly translates as “A Treatise on the art of painting, sculpture and architecture… in seven books: motion, proportion, color, perspective, light, the practice of painting and the history of painting, including a table of  name of all the painters, sculptors, architects and mathematicians, ancient and modern.” Whew!

Lomazzo was a northern Italian painter, poet and art theorist, and notable in intellectual circles in the late 16th century.  When, at 33, blindness forced him to stop painting, he switched to writing about art.  His works are some of the most important of the Mannerist period and remain a major source on Milanese artistic life. 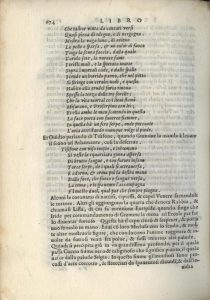 The Trattato is one of his most ambitious and scholarly works.  In addition to biographies of contemporary artists, he gave practical instruction for creating art.  The treatise is also notable for the emphasis it places on light and psychological expression in art.

via the Cleveland Public Library Blog:

The exhibition catalog, Out of The Kokoon (2011) by Henry Adams, with an essay by Lawrence Waldman is 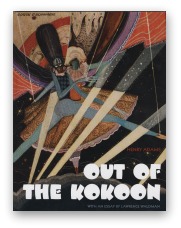 available for $40 through The Cleveland Artist Foundation and Friends of the Library Gift Shop, Cleveland Public Library.

The catalog celebrates the 100th Anniversary of Cleveland’s Kokoon Arts Klub.  The exhibition is up through December 31 at the Cleveland Public Library.

It features the early years of the Klub and their affiliation with Cleveland Public Library, the annual Bal Masques, membership by artists, costume design, decorations, and posters created for community events and activities. 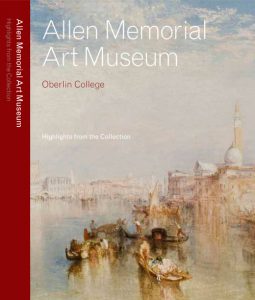 og,        Allen Memorial Art Museum: Highlights from the Collection, 2011.  The museum recently re-opened after an extensive renovation and the new catalog is such a great way to reintroduce their amazing collection. 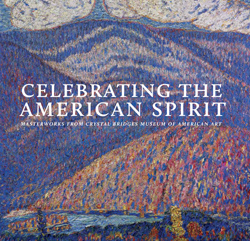 The Oldest Books in the University of Louisville  Art Library 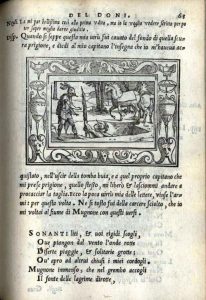 Why does the library collect rare books?  Because they are primary source materials of art history, offering a first-hand account of an artist’s life, the first critical response to a building or painting, or a new theory of art or architecture.  As the building blocks of art history, they remain relevant sources for researchers. 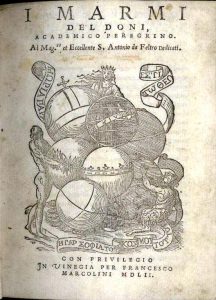 Anton Francesco Doni (1513-1574) was an Italian writer and poet.  He served at courts in Piacenza, Milan and Pavia but, finding it difficult to accept the conservative rules of court life, he started his own press in Florence.  Unfortunately, his business lasted only two years.  He was an eccentric figure in Renaissance Italy, working outside the traditional cultural centers of court and church.  I Marmi is a satirical poem, parodying the Petrachan idea of feminine perfection and is the oldest book in the Art Library’s collection.

This site is part of the ARLISNA network on Humanities Commons. Explore other sites on this network or register to build your own.
Terms of ServicePrivacy PolicyGuidelines for Participation